This was my war knife – Readyman

This was my war knife 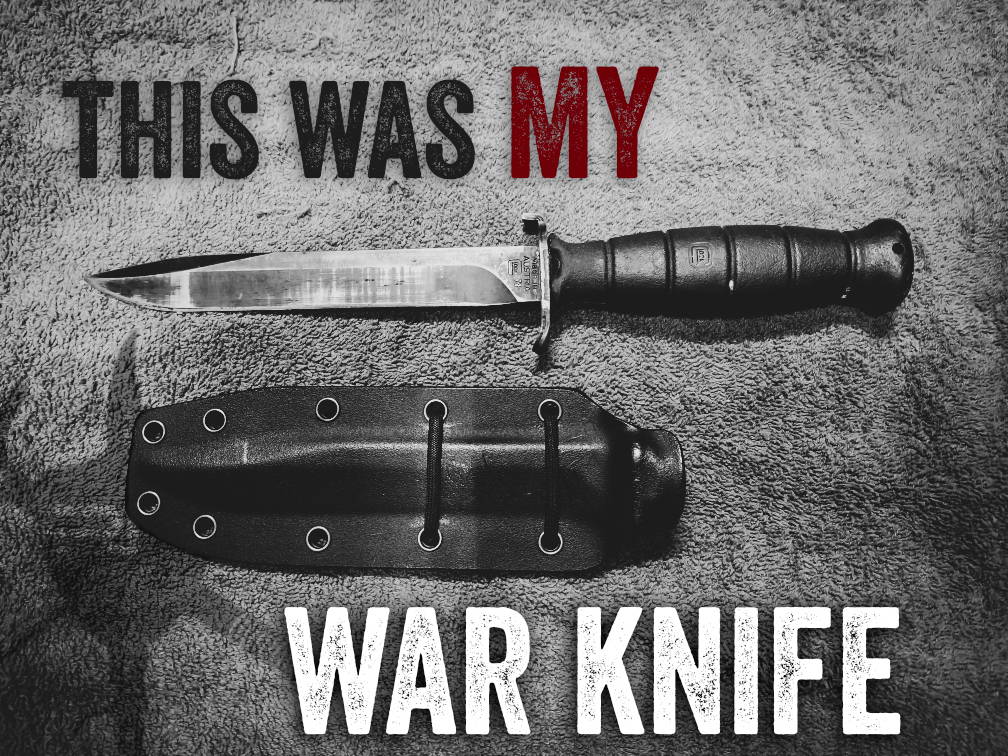 This Was My War Knife

The fundamental tool of any survival situation is the knife, and more specifically, the fixed blade knife.  I cannot think of one situation where survival is concerned that a good knife is not an essential piece of kit.

By fate or fortune, I spent several years on the ground in the Middle Eastern war zones and my constant companion on every single mission was the Glock knife.

Why the Glock knife and not some other type you ask?  That is a good question that will take a few minutes to explain.  In a world of Internet opinions I will try to explain why the Glock knife worked incredibly well for me.  It may not work for you, and that is ok, but there is method to my madness.

In the war, we quickly learned a few important lessons:

- First, ounces are pounds.  Whenever and however you could shed weight meant you were that much more alert after a six-kilometer walking-infiltration to a target over rough terrain in Taliban held territory.  The part about being alert is really important stuff by anyone’s opinion.

-Second, bulk is a pain in the ass.  For example, you may have a pillow that is light as a feather but trying to carry or maneuver in a gunfight with that bulk is a royal pain in the keester.  Keeping it streamlined is super important!

-Third, in the era of modern infantry combat, the knife is still an incredibly versatile tool.  A screw driver, digging tool, pry bar, glass breaker, lever, pointer, etcher, and yes a self defense tool - a good knife is really hard to beat for its versatility. It's also easy to maintain.

So why did I choose the Glock knife?  Because it fit the bill for everything I just mentioned above, it is light as a feather, slim as a starving runway model and tough as a Ghurka soldier.  At 1/15th of an actual Glock, it won’t crush your bank account if you lose it or somehow manage to break it (I doubt it). LEARN MORE 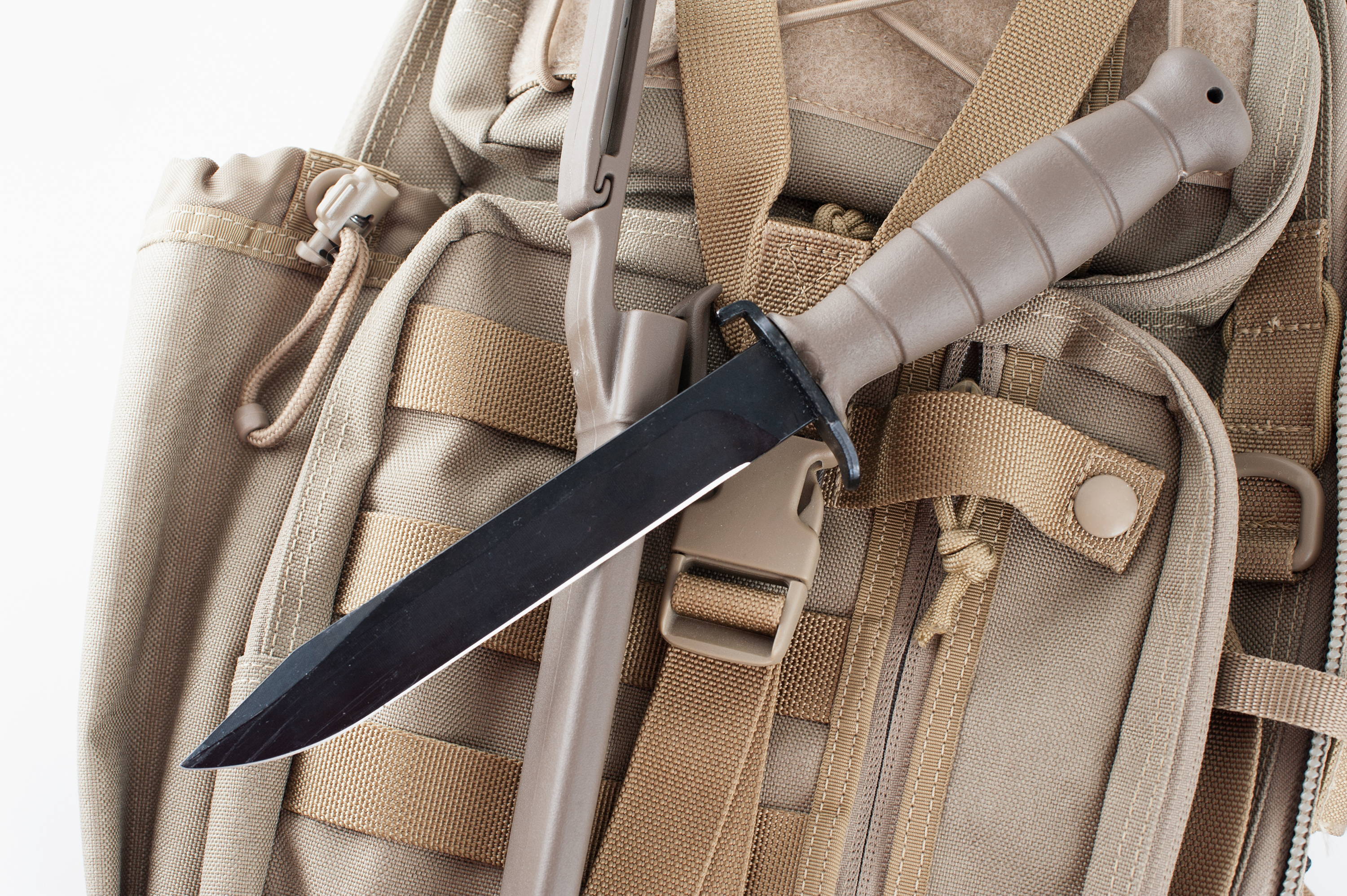 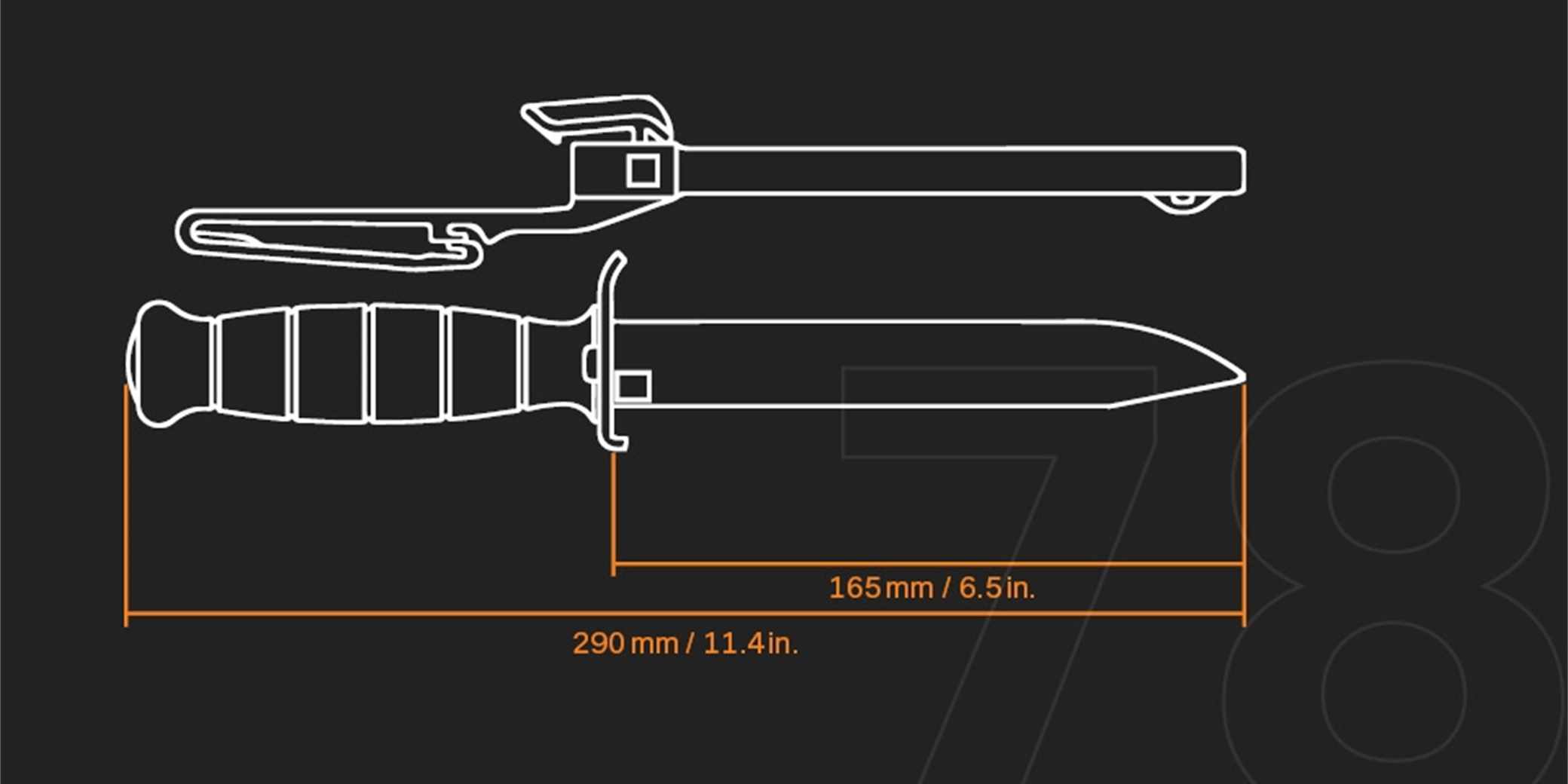 The Proverbial "Glock" Of The Knife World

Over a decade ago I was wearing mine in the horizontal style that has become very popular now, and for a good reason.  If you wear armor or a chest rack, it folds nicely under that kit and your crotch.  It allows access by left or right hands, is very secure (I never lost one), and I tended to forget about my Glock knife until I needed it.  I had actually started wearing my knife in that horizontal manner way back in 1994 when I was in Haiti during Operation Uphold Democracy.  I got the idea looking at pictures of Texas Rangers and portraits of frontiersman from the early 1700’s - men who knew the value of a good knife and knew how to use and carry one.

I put my Glock knife through incredible abuse FOR YEARS.  It was on me on every single operation and every single day. I used the Glock knife to cut clothes lines (they break off NVGs) dig in walls and floors looking for caches of illegal weapons, breaking hasps off of boxes and doors, breaking glass in the case of car wreck, cutting seat belts to avoid getting entangled when bailing out of vehicles, cutting away clothing to treat wounded, slashing tires of Taliban vehicles (deny movement) opening meals, punching holes in gas tanks (again Taliban vehicles), cutting my explosive charges, prying open ammo crates, cutting open ammo cans (we had a lot of old soviet type tuna ammo cans), digging broken brass out of chambers and on and on.

Do yourself a favor.  Get yourself a good knife.  You will find that you end up using it a far more than you ever thought possible. I can highly recommend the Glock knife as a tool and companion you can stake your life on. Get one HERE

Keep Them Clean or Die