Are Bowie Knives Overkill for Preppers? Knives are a sacred item to preppers. Everyone has their favorite blade, and that affection may be more love than utility. Bigger isn't always better.

"In the history of American arms three weapons stand out above all the rest: the Kentucky rifle, the Colt’s revolver, and the Bowie knife.” – Knife historian Harold L. Peterson

The Bowie Knife is an iconic American fighting and survival tool that typically has a fixed nine to eleven inch blade, back clip, and either an "S" or "C" shaped guard. It was made popular by James "Jim" Bowie back in the early 1800's.

It was well-known as an essential piece of kit and as a deadly weapon.

Fighting with a Bowie Knife

Some folks will look at the video above and consider it unrealistic for a number of reasons:

While these are all true statements, there are a few things to keep mind, so bear with me for a moment...

First, knife fighting drills are intended to practice movement patterns, not simulate an actual fight. Like drilling in martial arts or shooting on the range, the idea is to solidify the fundamentals. Flowing between one pattern to the other in a fluid way allows more repetitions. 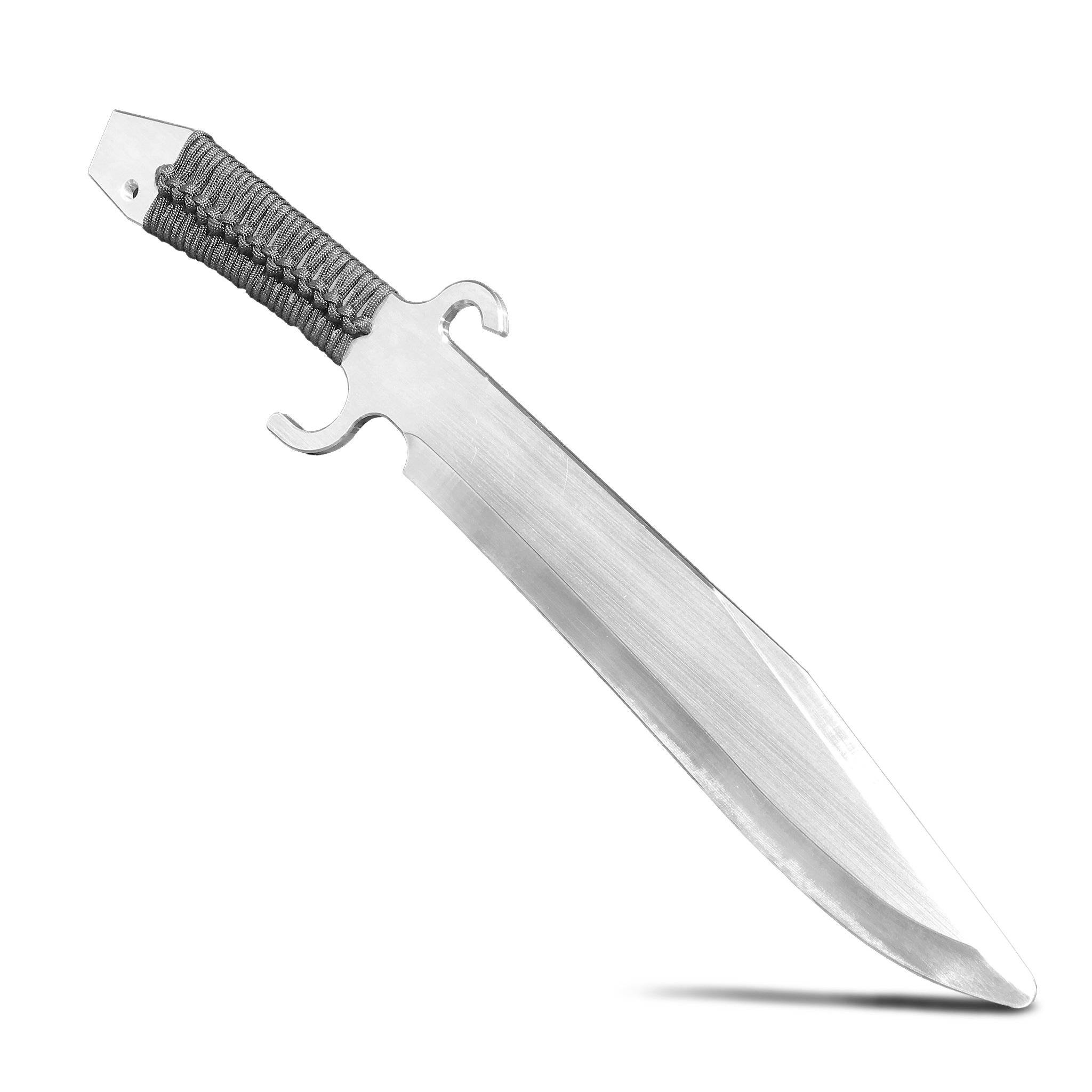 Second, while it is unlikely that you will ever find yourself in a knife fight, for the sake of practicing, it is far more efficient when both people train at the same time.

Admittedly, the Bowie knife isn't your standard EDC blade these days. And you might be asked to leave if you were to open carry one inside of a mall or grocery store. But in a SHTF situation, having what amounts to small sword on your hip might not be the worst thing in the world. 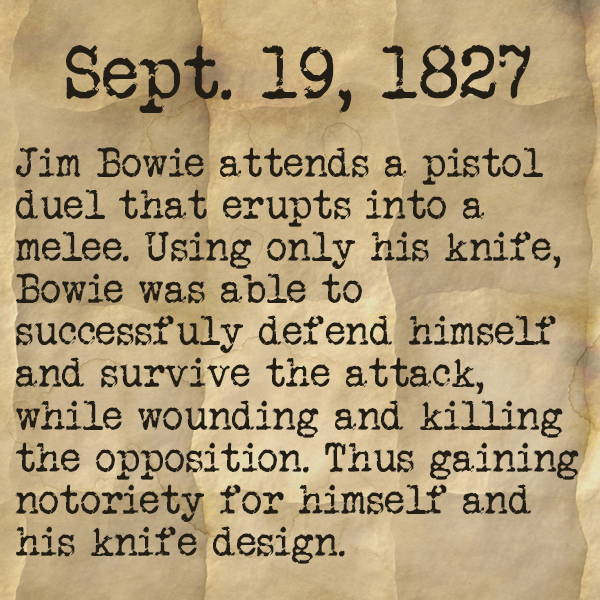 While Jeff, a 28-year Green Beret, doesn't typically carry a Bowie knife, he does have a 5 inch Cold Steel Voyager XL Vaquero folding knife on his person at all times.

Less is often more, like when you're packing a Bug Out Bag on your back. But when it comes to having to cut branches to make a shelter, size does matter (of course, why are you building a shelter out of branches instead of packing a light tarp?) In any case, a large blade can do more work than your grandpa's old pocket knife.

To prove the point, here is a clip of me using my Charly Mann Bowie Knife to build a survival shelter on Episode 3 of Natural Selection.

As you can see, the knife made short work of decent sized branches and I use to it to fell small trees. Some might argue that a knife that size is too heavy to carry. But for me, it takes the place of having to pack both a knife and an axe. A large knife actually saves some weight for me.

What is your favorite knife to carry?

From fighting to survival, the Bowie knife has had a long standing tradition with pioneers, traders, trappers, and mountain men of the past. And though it may have fallen out of favor with modern day bushcrafters and preppers, the Bowie knife is an imposing weapon and versatile tool.

However useful it may or may not be compared to modern cutlery, if deep down in your heart, you don't want to own one, you may need to turn in your "man card" and take up quilting.